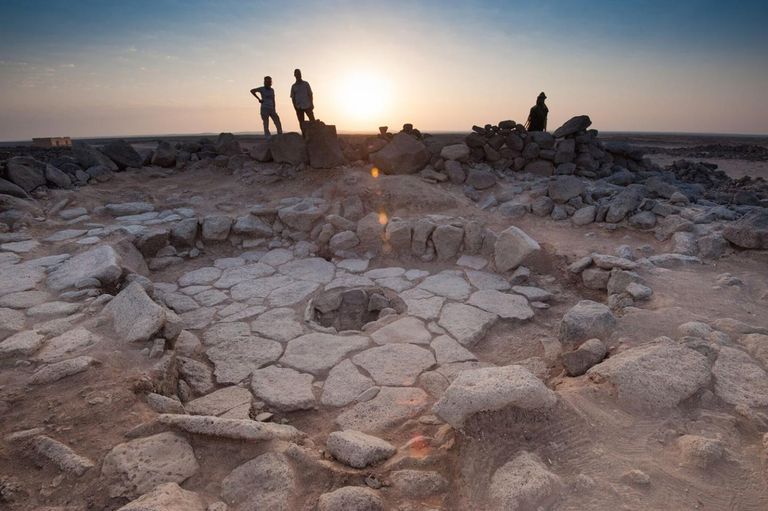 Bread is life, but according to new research, it might be even more than that. A group of archeologists in northeastern Jordan have found the oldest bread in the world, and their findings show that this bread predates the invention of agriculture by at least 4,000 years. According to this discovery, the hunt for better bread ingredients may have triggered the agricultural revolution, which would make bread largely responsible for all of civilization as we know it.

Researchers from the University of Copenhagen, University College London and University of Cambridge were excavating an archeological site in Jordan when they discovered what appeared to be a prehistoric oven built by the people in that area. The oven was dated to around 14,400 years ago and still had bits of food inside it.

That food turns out to be a type of primitive flatbread made of some prehistoric cereals. These plant products are the likely ancestors of modern grains like barley and oats. The researchers used electron microscopes to examine these food particles in detail to determine exactly what they were and how they were prepared.

Evidence suggests that these prehistoric grains were gathered, ground, sieved, kneaded, and then baked, in a similar process as today’s. Given all this information, the researchers concluded that this oven was for bread.

The age of this bread oven is important because it predates the invention of agriculture by at least 4,000 years. Prior to this discovery, most scientists assumed bread was invented after farming. This means that prehistoric people may have invented farming as a way to get better access to grains for making their bread.

“The early and extremely time-consuming production of bread based on wild cereals may have been one of the key driving forces behind the later agricultural revolution where wild cereals were cultivated to provide more convenient sources of food,” said lead archaeologist Tobias Richter.

It’s not certain that bread led to agriculture, but it is a plausible hypothesis and now we at least have our timeline straight. Perhaps bread really could be to blame for all of civilization. Only more research can tell.

Ferrari and Richard Mille agree to a multi-year partnership

Don’t hold your breath for a free Apple Music tier