The French park ‘Puy du Fou’ will try and enlist corvids to make their streets a little cleaner. 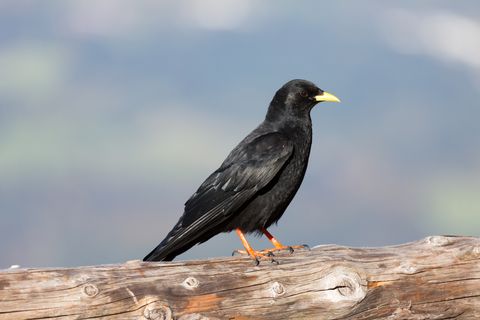 Crows are incredibly intelligent animals, capable of all kinds of feats of cleverness, like solving problems with multiple different steps. Some groups are seizing on that fact to enlist crows in helping to solve human problems as well. Specifically, the problem of too much litter.

A year ago, a startup launched with a unique twist on cleaning up the streets. The idea was to enlist crows in picking up small pieces of trash like cigarette butts that are a pain for humans to clean up. Crows would be trained to collect these small pieces of trash and rewarded with food for doing so.

Now, a theme park in France is adopting the same strategy, training six rooks to pick up small pieces of trash in exchange for food. If the rooks take a piece of trash to a special receptacle, they’ll receive a piece of food. “Nature itself can teach us to take care of the environment,” said Nicolas de Villiers, president of the Puy du Fou theme park in Les Epesses, France, to AFP.

The only problem is that this system has never been tested in the wild before, so no one knows for sure how well it will work, or even if it will work at all. There’s a decent chance the rooks at the park simply won’t take the bait, and the park’s management will be stuck with some useless high-tech bird feeders.

Even if the training pays off, there’s no telling just how this will affect the rooks, who could suffer adverse health effects from picking up so much trash. There’s also the strong possibility that the rooks could become dependent on the human-provided food. But if this experiment pays off, expect to see crows picking up trash in many more places soon.

Earth may have another mini-moon