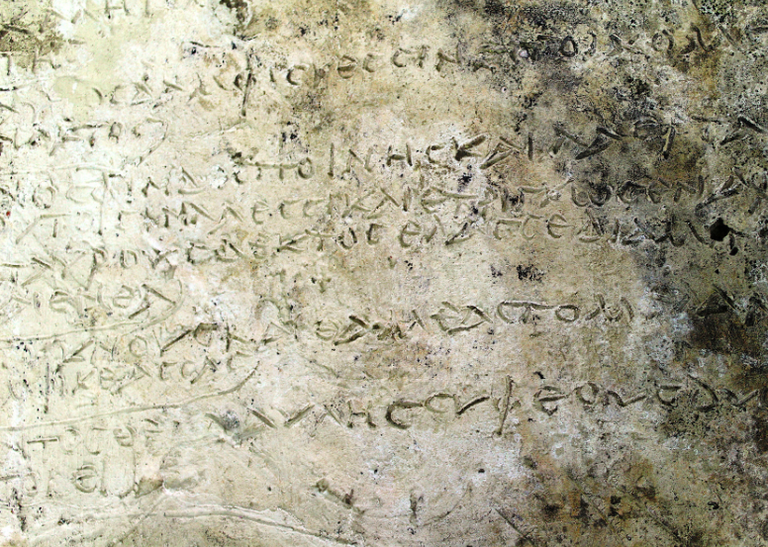 A clay tablet holding what is believed to be the oldest copy of Homer’s Odyssey has been found in Greece. The tablet has been dated to Roman times, possibly to the third century A.D, according to the Greek Ministry of Culture.

While this is just a preliminary dating, the Ministry notes in a statement that “the clay slab will perhaps preserve the oldest written extract of the Homeric Epochs which has come to light and is, beyond its uniqueness, great archaeological, epigraphic, literary and historical evidence.”

The clay tablet, which took three years of excavations to uncover, was found near the legendary Temple of Zeus in the ancient city of Olympia. The Temple continued to hold Greek-styled events like the Olympic Games until 393 AD, when Roman Emperor Theodosius I put an end to all pagan festivals in Greece in favor of Christianity. So any date before before 393 would potentially make sense for a Greek story to be shared.

The slab contains 13 verses out of the poem’s 12,000-plus lines, which tells the story of Odysseus’s epic decade-long around the world as he fights various armies and mythological beasts in an effort to return home to his wife Penelope in Ithaca.

The poem is the second-oldest known work of Western literature, the first being its companion poem The Iliad. Believed to have first been conceived in the 8th century BC. At the time of its conception, it was considered mainly to be an oral work delivered to a listening public.

The verses found relate to Odysseus landing in Ithaca and meeting his one-time best friend Eumaeus. Odysseus spends much of the section of the poem trying to convince Eumaeus that he is actually who he says he is, considering so much time has past since their last encounter.

While this clay slab certainly looks different than when it began its journey, it too has finally come home.

Scientists Say They’ve Finally Sequenced the Entire Human Genome. Yes, All of It.